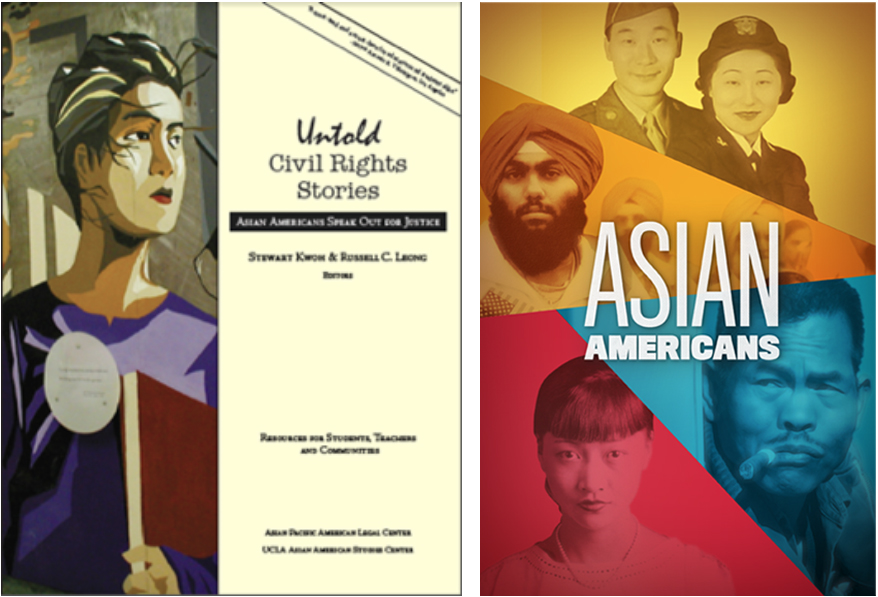 The Asian American Education Project
The history of Asian Americans in the United States is an integral part of American history. Since their arrival as far back as the 1800s, Asian immigrants have contributed and shaped the way the country is today. From labor activism to fighting for school integration and citizenship rights in the courts, and against model minority and perpetual foreigner stereotypes, Asian Americans have faced adversity and fought for opportunities to create roots here in the U.S. From building coalitions with other minority groups, Asian Americans have been a vital part of major historical achievements including the Civil Rights Act of 1964, Immigration and Nationality Act of 1965, and Title IX. Today, as one of the fastest–growing populations, Asian Americans continue to make further positive and effective changes towards a better future for the United States, together with all their fellow Americans.
The history of Asian American is deeply intertwined together with America’s own history, yet often forgotten or ignored within today’s classrooms and public discourse. Our online lesson plans here provide a tailored K–12 curriculum for educators to teach this rich history to students. These lessons are but just a brief snapshot into the long journey of Asian immigrants and their native–born children within America’s timeline—both dark and bright, from exclusion to acceptance. By showcasing the struggles and triumphs of Asian Americans over the course of two centuries, our lesson plans amplify the importance and voices of this growing, integral segment of the U.S. population in building the country into what it is today and can become tomorrow, together as Americans. It is important for all Americans, young and old, to join in on this learning experience.
History
In 2005, Stewart Kwoh, a civil rights activist, saw a dire and essential need to tell the stories of Asian Americans in K-12 learning. Both he and Russell C. Leong of UCLA, were co-editors of a project to tell the stories of how Asian Americans impacted civil rights in the United States. They organized a team of writers that included Julie Su, Helen Zia, Dale Minami, Angela Oh and Casimiro Tolentino, among others. The stories told included that of Fred Korematsu, Philip Vera Cruz, Vincent Chin, Joseph Ileto, Asian American Pacific Islander Women, and Amric Singh Rathour. Through these stories, Asian Americans Advancing Justice and the UCLA Asian American Studies Center co-edited the book Untold Civil Rights Stories: Asian Americans Speak Out for Justice.
In 2009, Untold Civil Rights Stories was published utilizing generous contributions from friends and colleagues to the Beulah Kwoh Memorial Fund. The Fund, in honor Stewart’s mother, was established to teach young people about Asian Americans. In 2014, Patricia Kwoh managed a team of teachers to develop 12 lesson plans with the stories from Untold Civil Rights Stories.
During 2014, the executive producers of Asian Americans, a docuseries for PBS, CAAM (Center for Asian American Media) and WETA (Greater Washington Educational Telecommunications Association), approached Stewart on the production of their film project. Subsequently, Stewart and Patricia were engaged as partners to produce 36 lesson plans based on the stories and topics that took place from the 1850s to 2000s in Asian Americans, for PBS LearningMedia and Asian Americans Advancing Justice.
In 2020, Stewart and Patricia engaged the Stanford University Program on International and Cross-Cultural Education (SPICE) to develop a teacher’s guide with five thematic units based on the 48 lesson plans from Untold Civil Rights Stories and Asian Americans. Waka Takahashi Brown, Curriculum Specialist, from Stanford SPICE created the teacher’s guide.
In 2021, Stewart and Patricia formed The Asian American Education Project, using the learning resources created in partnership with the UCLA Asian American Studies Center, Stanford University SPICE and PBS LearningMedia, in order to bring the history, contributions, challenges and triumphs of Asian Americans to students across the country.
The value of Asian American and other ethnic studies cannot be underestimated. “The (2010 to 2014) Stanford study (with SFUSD) found that the attendance for those enrolled in ethnic studies classes increased by 21 percentage points, GPA by 1.4 grade points and credits earned by 23. It also found significant effects on GPA specific to math and science achievement suggesting that exposure to ethnic studies could increase performance in science, technology, engineering and mathematics (STEM).”*
The Asian American Education Project is a non-profit organization. Asian Americans Advancing Justice | AAJC is the fiscal sponsor for The Asian American Education Project.

*“Stanford University Study Affirms Ethnic Studies,” 3 Feb 2016. San Francisco State University. https://ethnicstudies.sfsu.edu/content/stanford-university-study-affirms-ethnic-studies
Stand Against Hatred
The perpetual foreigner stereotype is a form of systemic racism against Asian Americans, Native Hawaiians and Pacific Islanders (AANHPI). AANHPIs have been scapegoated in the past by their fellow Americans: Vincent Chin, mistaken for Japanese, was murdered for the downturn of the auto industry in Detroit during the 1980s. In the 1940s, Japanese Americans, many U.S. citizens, were incarcerated in concentration camps after Japan bombed Pearl Harbor. South Asian Americans and Muslims were attacked and unjustly surveilled after the events of September 11, 2001.
And now in 2021, AANHPIs have once again been scapegoated, being blamed and attacked for the COVID-19 pandemic. Nationwide, AANHPI teachers and students have faced harassment and microaggressions from other students—due to no fault of their own. This anti-Asian hate is learned from adults.
AANHPI teachers and students have reached out to our team for help. We are working with school administrators, teachers and unions on solutions to the current challenges. We have to design innovative strategies to solve this current problem because AANHPI teachers and students are going through a lot pain and trauma right now, while also struggling to survive the pandemic.
Team
Stewart Kwoh
Co-Founder and Co-Executive Director
Stewart Kwoh is President Emeritus, founder, past president, and past executive director of Asian Americans Advancing Justice - Los Angeles.
Stewart is a nationally recognized leader and expert in race relations, Asian American Studies, nonprofit organizations and philanthropies, civil rights, and legal services. He was named a MacArthur Foundation Fellow in 1998, becoming the first Asian American attorney and human rights activist to receive this highly prestigious recognition, often referred to as the “Genius Grant.”
Stewart earned his Bachelor’s degree from University of California, Los Angeles and his J.D. from the UCLA School of Law. For the past 35 years he has taught at the University’s Asian American Studies Department, and has been an instructor at UCLA School of Law. He is a past expert in residence at the UC Berkeley School of Law, and has three honorary doctorates from Williams College, Cal State LA, and Suffolk School of Law.
Patricia Kwoh
Co-Founder and Co-Executive Director
After retiring from her job as a cloud infrastructure principal lead, Patricia Kwoh volunteered to lead the curriculum development project for Untold Civil Rights Stories: Asian Americans Speak Out for Justice. She also served as the project director for curriculum development for the 2020 PBS docuseries Asian Americans.
Patricia earned her Bachelor’s degree in Computer Science and Mathematics from University of California, Los Angeles.
Patricia and Stewart are married. They have two sons, Nathan, and Steven who is married to Jing and have two children.
Advisory Board
Sefa Aina
Associate Dean and Director, Draper Center for Community Partnerships, Pomona College
Angela Glover Blackwell
Founder in Residence, PolicyLink, Founder in Residence
Gemma Chan
Actress, Producer
Joan Chen
Actress, Director
Andrea Cherng
Chief Brand Officer, Panda Restaurant Group
John Cho
Actor
Judy Chu
Congressmember
Denise Dador
Journalist
Snehal Desai
Artistic Associate, East West Players
Deena Ileto
Social Justice Activist
Ismael Ileto
Social Justice Activist
Lisa Ling
Journalist, Producer
Melvin Mar
Director, Producer
David Ono
Filmmaker, News Anchor
Manuel Pastor
Distinguished Professor of Sociology and American Studies & Ethnicity and Turpanjian Chair in Civil Society and Social Change, USC
Sonal Shah
President, The Asian American Foundation
George Takei
Actor, Social Justice Activist
Tamlyn Tomita
Actress, Singer
Janet Yang
Producer
Generous Funding Provided By:
The Asian American Foundation
Wallace H. Coulter Foundation
Ford Foundation
Cyrus Tang Foundation
All Rights Reserved.